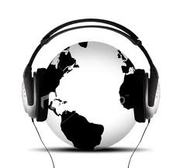 Write the name of your hometown. Then the name of a band/artist that comes from there. Tell me if its the biggest, baddest, best or just your favourite

This group does not have any discussions yet.

You need to be a member of Music World to add comments! 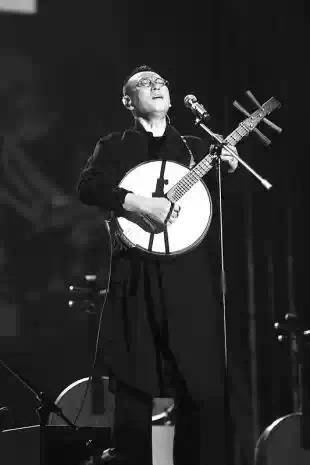 Here are some good Chinese singers/bands:

Mr.Chelonian - Indie Rock,Reggae. It has been my favorite band until they released their second album.. But the first one is very nice.

Her voice is beautiful and amazing. She's my favorite pop singer and a big star in China

Perry Como: has three stars on the Hollywood Walk of Fame for his work in radio, television, and music

Jim Donovan: drummer/percussionist, a recording artist, writer, teacher and lecturer best known as the drummer and one of the founding members of the band "Rusted Root"

William Clarence Eckstine: American singer and a bandleader of the swing era

Joel Forrester: notable for having composed the theme song to NPR's "Fresh Air"

Lena Horne: singer, actress, civil rights activist and dancer
Tommy Hunt: member of "The Flamingos"... "I Only Have Eyes For You"

Donnie Iris: rock musician known for his work with "The Jaggerz" (#2 Billboard hit "The Rapper") and "Wild Cherry" during the 1970s

Shirley Jones: singer and actress of stage, film and television

Eric Leeds: jazz and funk saxophonist and other woodwind and brass instruments; best known for his work with "Prince"

Sid McGinnis: guitarist for "Late Show with David Letterman", as part of the CBS Orchestra

Dean Martin: singer, film actor, television star, comedian and one of The Rat Pack"/Grammy award for Lifetime Achievement and inductee of Hit Parade Hall of Fame/has three stars on the Hollywood Walk of Fame for his work in movies, music and television

William E. "Billy" May: composer of television and film music... "The Green Hornet," "Batman" and "Cocoon"

Homer Mensch: prominent classical bassist who was a former member of the Pittsburgh Symphony, the New York Philharmonic, the New York Pops, and the NBC Symphony

Sam Sneed: producer and rapper... not the golfer Sam Snead!

Art Tripp III: percussionist with Frank Zappa and the Mothers of Invention and Captain Beefheart and The Magic Band

Forgot one from Chi-Town..... Jake and Elwood Blues.....aka "The Blues Brothers" (John Belushi and Dan Ackyrod)*

From Chicago (home of the Smashing Pumpkins, Chicago and Ministry.... to name a few).

Comment by Sal on September 30, 2011 at 13:49
Stones! Awesome! Ronnie Wood has a syndicated radio program that's great to listen to. He speaks softly and explains things well to those of us who don't play an instrument. He breaks down songs and tells you why they are so good. You walk away thinking, "wow, I've heard this song a million times but I never noticed that"

Here are some of the best music festivals in the world.