The SOUND of CHANGCHUN

SOFCC aims to bring music to people and people to music, in form of gig, dj set, improvised street performances. Join and PLAY WITH US!

The Sound of Changchun is the brainchild of Alessandro "Alex" Antonicelli when he bellowed a call for local talents to come together for a project. His call was enthusiastically answered by a handful of local college teachers-cum-amateur musicians and had their first eyeball on October, 2009. This call was the simple action that dug deep the foundation in which The Sound of Changchun was built on and continues to grow. The Sound of Changchun is a collective effort of individuals and bands. Since its inception, the project has attracted countless talents from both the international and local music scenes. The French duo, Jean-Guy Poirier and Orianne Witkowski, who headlined the first ever Sound of Changchun, were lauded by the local community for their stylish repertoire. The local industrial metal band, Samans bridged a gap between the foreign and local musicians.

As an original subset of the local social network, ChangchunFriends, The Sound of Changchun has access to local and expatriate talents, and venues. Events ranging from homely coffee shops to wide, open parks have been the stages for the participants of the projects. Musical varieties from classical to heavy metal resounded the presence of The Sound of Changchun.

This group does not have any discussions yet.

You need to be a member of The SOUND of CHANGCHUN to add comments! 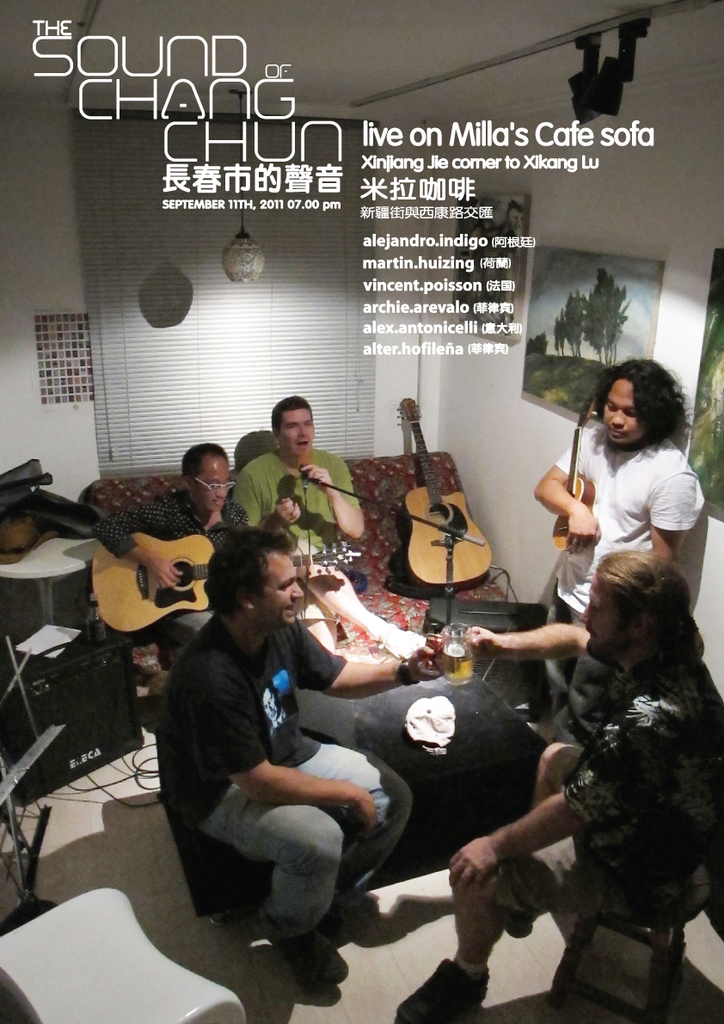 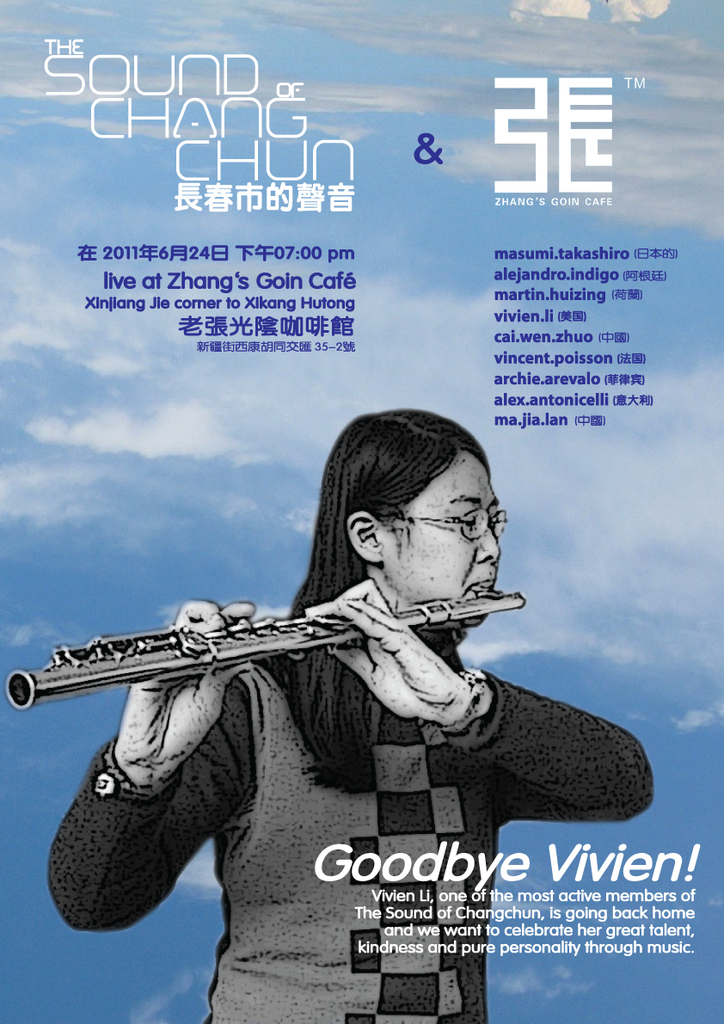 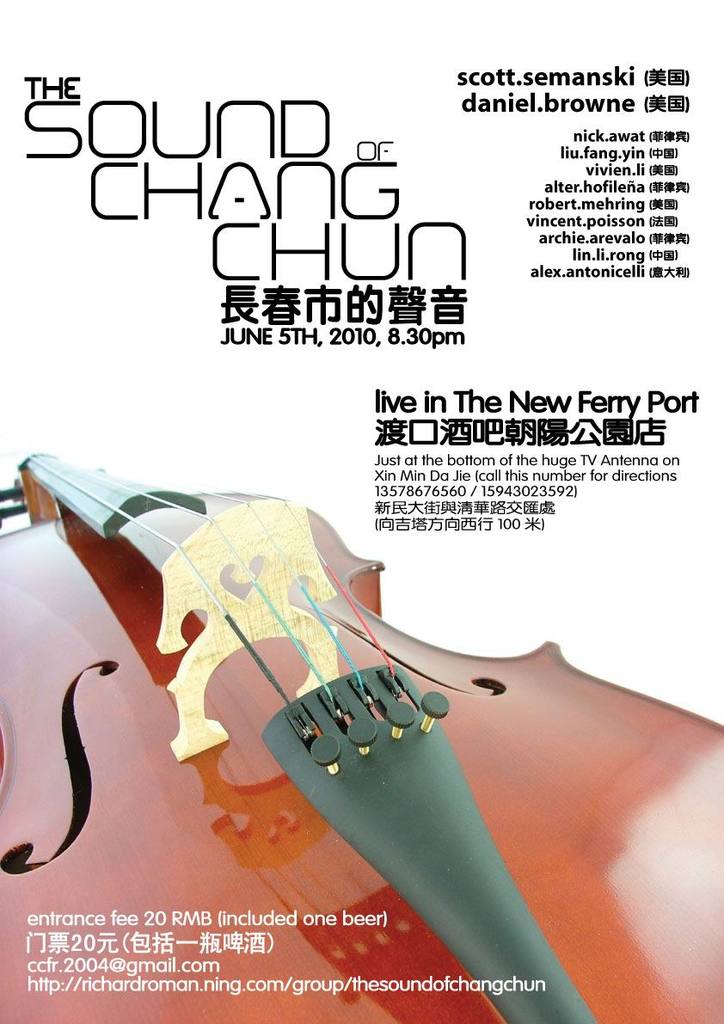 The date has not been set yet but April 5 or 12 should be the time.

The next Sound of Changchun would like to reserve the WAREHOUSE Beer bar stage for the artists who would like to share their own compositions with the crowd.
I would like to invite all of you to come and share your deepest self, your music on a special changchun composer's night.
On that night, we will hear no covers, only original songs.

The Sound of Changchun has the best and most impactful visual of all! But I am too bios... :-)