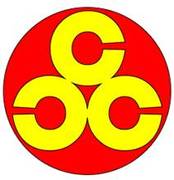 The Choonies is the first awards ceremony for outstanding work within the Changchun community.

The provisional date for the first event is the 7th of January 2012 at the World Life Club where we hope to attract a big audience for the The First Choonie Awards ceremony.

We will  celebrate the best contibutions to 2011 as well as start our own Hall of Fame for Changchun friends that have made a major contribution to our community in the past up to the present day.

What are your thoughts? Do you know someone who should be nominated? The categories will be announced soon so keep posted and join this group!

The “Choonies” is the first awards ceremony for outstanding work within the Changchun community.
We celebrate the best contributions to 2011 as well as started our own "Hall of Fame" for Changchun Friends that have made a major contribution to our community in the past up to the present day. To see the Hall of Fame winners click the link in the Page box on the right.
Using surveymonkey.com we accumulated a large amount of votes and the results are as follows:

Best Hotspot of the Year - winner: The Happy Home;

runners-up: Grandpa's and Grandma's and The World Life Club

Best Story/Article of the Year - winner: "The Fall and Rise of Andrev Yongovlaschenski" by Finn McDonald;

runners-up: "The Book of Zhou" by Martin Hendrick and "Backstreet Neighborhood" by Langlee

Best Event of the Year - winner: Thanksgiving at Grandpa's with David Baumel;

runners-up: The Latin Party, European Beer Tasting at the WLC

Best Song of the Year - winner: The 3 Martin's and an Aussie - "The Christmas Song";

runners-up: Alex Antonicelli and "This Song is Too Long", The 3 Martins and "Imagine There's No Jason", KiDDa Vitaly with "I'm Impressed"

Best Video of the Year - winner: Curmudgeons Part 1 and 2;

runners-up: The 3 Martins, AT6 KiDDa & Indigo "Dress To Impress"

Best Changchun Character of the Year - winner: Langlee the Pirate;

A special Lifetime Achievement Award will honor the memory of Jack Murray.

Thanks to all who participated and made this a great night.

Are the categories he same as they were announced on the blog?Could we delete the blog to gather our strength?Top Award - Best Changchun friend of the year.Best Chinese supporter of the foreign…Continue

You need to be a member of The "Choonies" to add comments!

what cartoon？ it is in changchunlive ？

The article can be found here:

The film is currently in pre-production!

Chris - check out the article about the Choonies on Changchun Live!

Just joined this group. Thanks to all who voted for my blogging. To be honest, I think Richard should have got it. He's got way more blogs on here than I do, by far.

From reading all the messages on here, I take it that it's going to be a normal thing at each year's Choonies to talk trash about each other. Is that about right? If so, I apologize in advance for not having anyone to talk trash about, except myself, of course.  And, don't get me started on that. I could go on for hours dissing myself. LOL

Since it seems like the place where everybody leaks everybody else's ass, I would like to quote a text message received from tall Paul from New zeland who has been here in Changchun for more than ten years : 'Thanks Vincent I really enjoyed the show (SOCC in Gong Da). I did not fully understand that it was all a changchun friends arrangement. My congratulations to Richard Roman and Alex for getting a great concept off the ground'

Jason - we are embracing it!

I am extremely pleased to have receive more than one honorable mention, upon my departure from Changchun, during this awards ceremony. As far as I know, there is NO video evidence of y'all talking shit about me during the party!

It was an eventful experience (20% of my life) and worthy of further Poetry Nights in my future.

I have already (six months later) told many stories of my time in Noodleville with all of you; I can not guarantee that I will use a nom de plume to protect the innocent/guilty.

I would like to thank Alex and the 3 Martins for immortalizing our friendships through song.

Once again guys... it was an honor (NOT spelled with a "u") and an absolute joy knowing all of you. Whatever you do... don't weep because of my departure; embrace it!

I would like to extend my sentiments of gratitude to Dutch Martin who, it appears, accepting the award in my place, performed the rites of extreme unction with a typically unparalleled and ingenuous egoism.